Are Your Windows Dirty?

Fingerprints, smudges, bug guts, and even dog-slobber are all familiar hallmarks of dirty windows. But what about 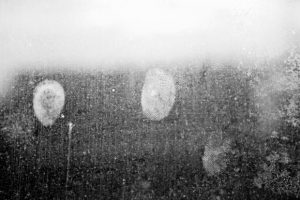 bar codes? Or a corporate logo? Words, letters, or numbers? Ever see these later items obscure your window? If not, then maybe you are not loo
king at your own collection letters. Consumers and courts are peering through your windows – your envelope windows. Are they clean? The Third Circuit Court of Appeals recently did some Spring window cleaning in a case entitled Douglass v. Convergent Outsourcing, 765 F.3d 299 (3d Cir. Pa. 2014). The Court did not miss any spots.

In Douglass, a collector used a window envelope to send a dunning letter. The letter contained more than the consumer’s name and address on the portion of the letter visible through the window, including a post office bar code, this string of characters above the consumer’s name: “R-xxxx-5459-R241,” and a quick response (“QR”) code, which, when scanned with a smart phone revealed all the foregoing information plus the balance of the consumer’s account. The evidence characterized the string of characters as an “account number,” but not the one assigned by the original creditor. The consumer sued the collector alleging a violation of 1692f(8) which prohibits “using any language or symbol, other than the debt collector’s address, on any envelope. . .”

Analyzing the statute’s prohibition, the Court recognized the need to look beyond its text. Interpreting it literally would create the absurd result of prohibiting the consumer’s name or address, since the statute prohibits “any”

language or symbol other than the debt collector’s address. Acknowledging the “benign language” exception applied by other Courts, the Third Circuit quickly concluded that the consumer’s “account number” is not “benign.” Instead, the Court explains that making an account number visible through an envelope window is the very type of disclosure by a debt collector that “implicates a core concern animating the FDCPA – the invasion of privacy.” Public disclosure of the number raises privacy concerns and could be used to expose a consumer’s “financial predicament.” For these reasons the “account number” visible through the envelope is not “benign” language otherwise permitted by the FDCPA and the lower court was wrong to have granted summary judgment in favor of the collector. The Third Circuit reversed the lower court’s decision and remanded the case for further proceedings.

Collectors located in the Third Circuit take heed, your courts do not like dirty windows. Collectors should get out 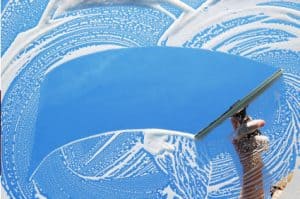 their elbow grease and start scrubbing – clean those windows! Any letters, numbers, or symbols that could be characterized (or mischaracterized!) as a consumer’s account number should be carefully examined for compliance with the prohibitions of 1692f(8). Unlike polite dinner guests who pretend not to see your smudges to spare you the embarrassment, consumers and courts who find dirt on your windows will make you pay a heavy price. Clean them up!

Please hold on. We are generating the report for you.
Fill out the form below and someone from our team will reach out to you soon.