Governor Gavin Newsom has signed two laws changing the landscape of debt collection in California.   SB 908 results in a “Debt Collection Licensing Act” that provides for the licensure, regulation, and oversight of debt collectors by the Commissioner of the Department of Financial Protection and Innovation (DFPI.)  The law will prohibit a person from engaging in the business of collecting on a consumer debt in the state without a license.  Debt collectors must comply with reporting, examination, and criminal background checks. In addition, they must maintain a surety bond and comply with oversight by the Commissioner.  On January 1, 2021, the Commissioner takes initial action. On January 1, 2022 the Commissioner will exercise authority to enforce the law.

Gov. Newsom also signed AB 1864 on September 25, 2020. This new law establishes a broader, over-arching regulation of California’s financial industries.  The Department of Business Oversight will be renamed the Department of Financial Protection and Innovation.  DFPI will educate consumers of their rights, analyze patterns and data in the marketplace, regulate financial services, and exercise enforcement authority for existing state licensing laws and requirements.

DFPI will require registration fees for various financial services to operate in California.  Unlicensed entities such as a credit repair company, debt relief company, debt settlement company, or point-of-sale financing companies will be required to be registered with the DFPI.   Debt collection agencies and debt buyers will be required to be licensed but will not be required to pay additional registration fees associated with AB 1864.  Cornerstone Support will continue to monitor the Debt Collection Licensing Act throughout the development and implementation phase.

With two parallel bills passing last month, California is positioned to become the 35th state to require a license on consumer debt collection. Both bills now sit on the desk of Gov. Gavin Newsom as the ARM industry awaits his decision.

California SB 908, dubbed the “Debt Collection Licensing Act,” could be the best-case scenario for the ARM industry according to some who are following developments closely. The bill was authored by CA State Sen. Robert Wieckowski.

“I’m happy to say that CAC [California Association of Collectors] supported SB 908 and was able to work with the author,” said Cliff Berg, President of Governmental Advocates. “The resulting bill represents best practices in a state licensing act, and I think it is a good bill for the industry.”

David Reid, Director of Government Affairs & Policy for the Receivables Management Association International (RMAI), wrote in a recent letter to Gov. Newsom: “With the adoption of SB 908, California will become the 35th state in the nation to require debt collection licensure. However, California will become the first state in the 21st century to adopt such a requirement. Given that SB 908 contains a number of enhancements and takes a more modern approach to licensing than the 20th century licensing laws, we suspect that it will become the template for the remaining 15 states as well as a model for modernizing older statutes in other states.”

One of the positives for SB 908 is an advisory committee that will review rules and provide commentary to the Commissioner of the Department of Business Oversight (DBO). Some of these seven seats will be representatives of the ARM Industry.

According to Reid, other highlights of SB 908 include:

Other details outlined in SB908 can be seen in the chart below. 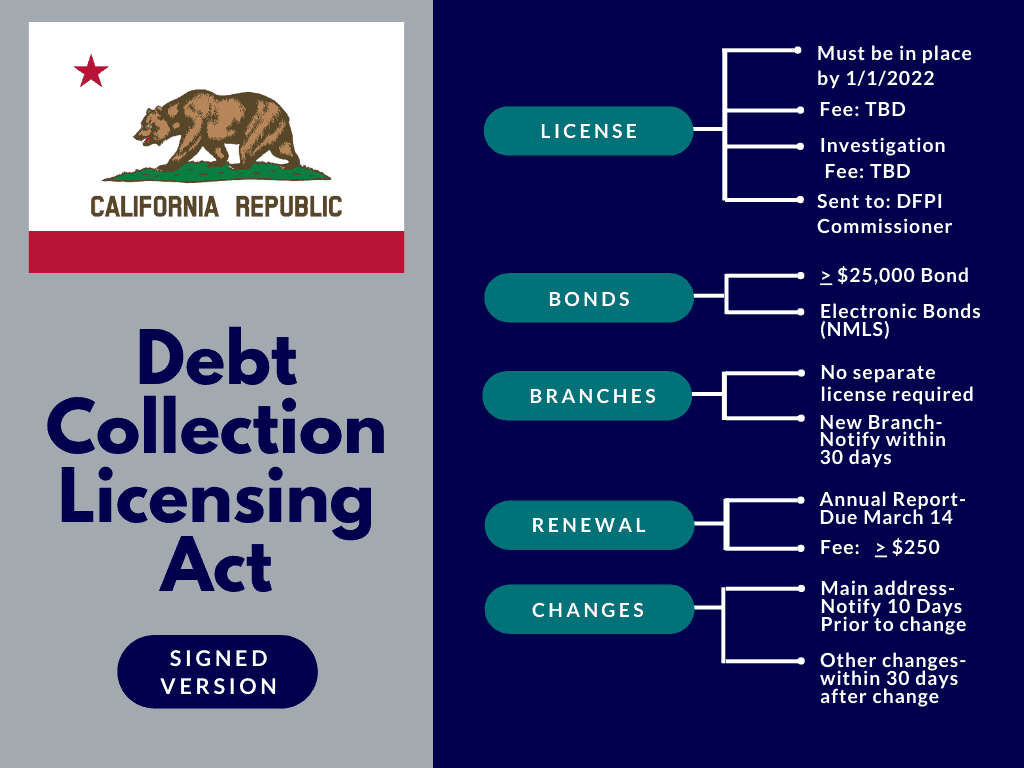 The parallel bill, AB 1864, is closer to Newsom’s request for broader, more sweeping regulation of California’s financial industries and could be more likely to get his signature. This measure would rename the DBO as the “Department of Financial Protection and Innovation” (DFPI) and grant the department rulemaking and enforcement authority relating to financial products and services in California. The DFPI would also educate consumers of their rights, analyze patterns and data in the marketplace and regulate with enforcement powers.

Cornerstone reached a staffer of the California Assembly Banking Committee who was familiar with these bills to confirm that both bills were intended to operate simultaneously. AB 1864 is a broader bill that requires registration fees for various financial service providers to operate in California. Unlicensed entities such as a credit repair company, debt relief company, debt settlement company, or point-of-sale financing companies would be required to be registered under AB 1864.

This bill commissions the DFPI with enforcement authority for existing state licensing laws such as the Rosenthal Fair Debt Collection Practices Act and rule-making authority for correcting unfair and deceptive acts and practices. If Newsom signs both bills, debt collection agencies and debt buyers will be required to be licensed by the new debt collection licensing bill (SB 908) will not need to pay the registration fees associated with AB 1864 in addition to the licensing fees that they will already be paying.

Newsom has until Sept. 30 to veto or sign the bills into law. There is little doubt that he will sign AB 1864 into law, but there’s a slight possibility that he may not sign SB 908. In this unlikely scenario, collection entities would be required to register with the DFPI and receive oversight but would not have a separate licensing requirement.

Cornerstone Support will continue to monitor the situation and report any developments. 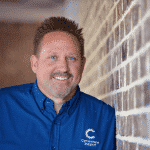 Keith Montgomery has served as the Director of Marketing and Customer Experience Manager for Cornerstone Support, Inc. since 2016. 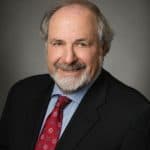 Cliff Berg is President of Governmental Advocates. He joined Governmental Advocates in 1995 after spending 40 years in state government service, the last 22 of which were spent working for the California State Senate. As the senior partner in the firm, Mr. Berg has provided advocacy strategy to a wide variety of corporate, non-profit and association clients. His areas of expertise include taxation, internet/ technology, financial products and services, telecommunications, health care and local government. 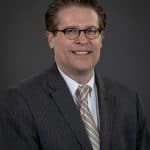 David Reid serves as Director of Government Affairs & Policy for the Receivables Management Association International (RMAI). In this capacity, David manages the state legislative, regulatory, and advocacy activities of the association. David also serves as staff liaison to the RMAI Certification Council and its Standards and Remediation Committees. David is a graduate of Canisius College and Albany Law School. He is admitted to the New York and New Jersey bars.