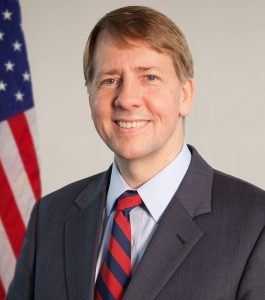 Richard Cordray announced this morning that he will be resigning from his position as Director of the CFPB. He was appointed as head of the Consumer Financial Protection Bureau in 2013, and his five-year term was due to end in July. In the email sent to his staff, Cordray refrained from commenting on the rumors surrounding his expected bid for candidacy in the Ohio gubernatorial race.

“I wanted to share with each of you directly what I have told the senior leadership in the past few days, which is that I expect to step down from my position here before the end of the month. As I have said many times, but feel just as much today as I ever have, it has been a joy of my life to have the opportunity to serve our country as the first director of the Consumer Bureau by working alongside all of you here.”