Disclaimer: The following is not intended to be, nor should it be used as legal advice. Please consult your compliance team before charging post judgment interest.

Collecting monetary judgments can be a costly and time-consuming process but in certain situations, the reward for successful recovery may be lucrative. Because the statute of limitations on judgments often lasts a while – in Maryland, for example, judgments do not expire until 12 years have passed after being awarded, and the holder may apply to “renew” the judgment and extend its lifespan – they can accumulate significant amounts of interest.

This means that even a judgment that has a relatively modest principal sum could offer a profitable payout if recovered. However, the limit on interest rates that can be applied towards post-judgment awards may vary greatly depending on the jurisdiction. Accounts receivable management (ARM) companies and creditors must be cognizant of the differences in state interest rate rules in order to maximize returns on judgment collection.

As stated previously, the level of interest a judgment may generate depends on the laws of the state in which it was awarded, thereby raising the question: in which states is it most fruitful to hold and collect judgments, from the standpoint of interest accumulation? To answer this paramount question, Kaulkin Ginsberg examined post judgment interest annual rates – i.e., rates that apply only after the judgment in question has been awarded – across the U.S. as of June 2019. Among other things, Kaulkin Ginsberg found that Massachusetts, Rhode Island, Vermont, and Washington codified the most favorable rules.

States have disparate, complex regulations when it comes to post judgment interest rates. Some, like Illinois, simply mandate a certain rate (9%, in this example). Others consider the interest rate specified in the judgment’s original contract and provide an alternate rate to use if no such contract provision exists. North Dakota, for instance, uses a separate rate (the Wall Street Journal prime rate published on the first Monday in December) as a baseline and adds three percentage points to establish an alternative. Additionally, states may choose to establish an upper bound to post-judgment rates, rather than enforce a single, binding rate.

Mississippi, for example, lacks a defined post-judgment interest rule, instead deferring to its legal interest rate limit. Many states also delineate exceptions that change their respective maximum judgment rate in certain situations – e.g., Illinois lowers its mandated rate to 6% if the relevant debtor is a unit of local government (such as a school district).

The graph above, titled June 2019 Maximum Post-Judgment Annual Interest Rates, by State, captures the upper bound each state places on post-judgment rates (discounting various exceptions and other technicalities). States with higher maximum rates are colored a darker shade of purple than those with lower rate ceilings. As mentioned previously, the states with the highest maximum post judgment interest rates are Massachusetts, Rhode Island, Vermont, and Washington, with each posting a 12% upper limit. New Jersey, meanwhile, allows the least amount of post-judgment interest accumulation with a 3.5% maximum rate.
The region – as defined by the Census Bureau – with the highest average post-judgment interest rate limit is the Northeast at 8.5%, and the West has the second-highest average rate at 8.1%. This is rather unsurprising considering the Northeast includes three of the top four states mentioned above (Massachusetts, Rhode Island, and Vermont), and Northeastern ARM companies may have an opportunity to compensate for higher compliance expenditures in a region that is relatively more strict (such as in the area of data protection).
That said, other Northeastern states like New Jersey, New Hampshire, and Pennsylvania – with maximum post-judgment rates of 3.5%, 4.3%, and 6%, respectively – have lower-than-average ceilings, so judgment collectors must keep in mind that high post-judgment rates are not ubiquitous across the region.

It is important to note that the rates displayed above are generalized – some states further restrict the amount of interest applied based on the type of entity holding the judgment, while others allow interest rates higher than the maximum provided they are specified in the original contract.[1] In addition, states may change the maximum allowable interest rates from year to year; for example, Illinois Governor J.B. Pritzker recently signed into law a bill reducing the state’s post-judgment rate limit to 5%, effective January 1 2020.

As such, charging interest on judgments should be considered on a case-by-case basis using careful legal analysis. That said, based on our analysis, Kaulkin Ginsberg recommends that firms looking to make the most of their judgment collections should focus on states in the Northeast and West, specifically Massachusetts, Rhode Island, Vermont, and Washington. 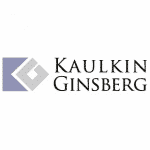 To confidentially discuss your interests, please contact us at [email protected] or (301) 907-0840. For more information about Kaulkin Ginsberg, please visit www.kaulkin.com.

Do you have portfolios of old, commercial judgements, including those against defunct, dissolved, or illiquid businesses? Our client, a well-financed investment group that is widely recognized as the leader in the purchase of bankruptcy remnant assets, is looking to help non-bankruptcy companies generate “found money” from written-off, stale judgments. If this opportunity sounds like a fit for you or your client, or if you are interested in learning more, please contact [email protected]