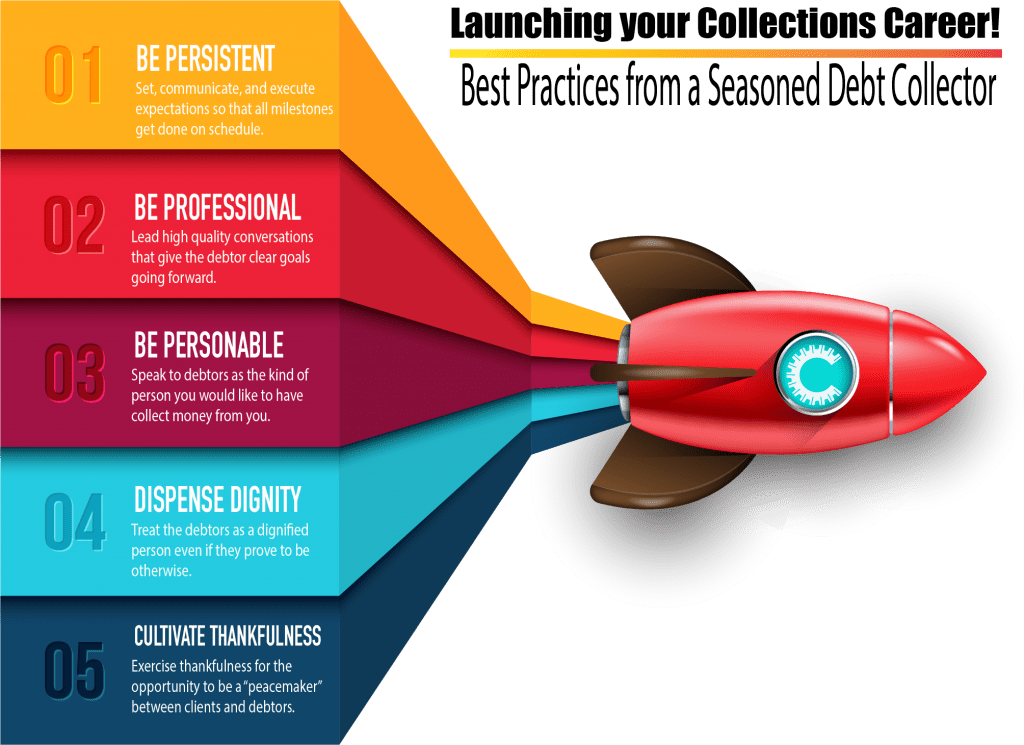 Bill Plunk has been in business as CimCo (which is short for “the check is in the mail company”) for over 20 years as a commercial collector.  Prior to CimCo, Plunk worked for three years with a bank and two years with a Credit Union.  He has collections experience as a consumer and commercial collector with in-house repossession, as a lender, as an Assistant Vice-President, and as a branch manager.  His widespread experience within the collections industry and his long-term success record is why we sat down with Plunk to learn about his best practices as a collector.

Plunk’s approach to the debtor is unique.  When he first started in the collections industry, he realized that if his life had different circumstances, he could have been the guy on the other side of a collections call.  This caused him to think about how he’d want to be spoken to and to frame an approach that has worked well over multiple decades to effectively help his clients be paid by debtors.

When he first gets in contact with debtor, Plunk starts the conversation with, “I know what my client’s side of the story is, but what is your side of the story?”  He knows there is a reason why this person hasn’t paid and it’s important to determine through their story what kind of debtor is being addressed.

According to Plunk there are three kinds of debtors and it’s important to know which kind you are calling:

The management of time is also an important consideration for the collector.  Plunk says, “As a collector my goal for my client is to get paid for the debt in full, but as situations drag on there is sometimes an offer that can be found that is less than the debt paid in full.” Plunk explains that all clients want to avoid litigation because avoiding court costs is beneficial to them.  He adds, “In some cases if given the choice of taking less money now vs. getting more money over time, many clients will choose the quickest path to the resolution of the matter.”  The longer a debt issue remains unresolved the more likely a new situation could come up with the debtor that complicates their ability to pay off the debt.

Best Practices of a Debt Collector

Some debtors have taken an adversarial stance regarding their debt.  The role of the collector is to tear down walls that are in place and take back the ground that exists between the debtor and the client.  It takes a special kind of collector to cultivate a willingness on the part of the debtor to fully and finally resolve the issue.  To be able to do this Plunk says there are 5 top best practices that he utilizes to be a top collector.  The first three practices act as a three-legged stool depending intimately on the presence of each other.  The last two practices Plunk calls “out-riggers” that may surprise you coming from a seasoned debt collector.

Plunk points out that the first three best practices must all work in balance to be successful.

The unique approach outlined by Plunk has earned him a steady stream of clients who bring him the celebrated “difficult” cases.  Plunk has even had the unique circumstance of having a former debtor choose to hire him to collect for/not from him.  Plunk concludes “When you treat people right, fairly, and use these five best practices, you almost can’t help but get the best results.”