Mastering the Art of “Nibbling”

The most common tactic used in negotiation by debt collectors is called “nibbling.” Just as a mouse nibbles away at a piece of cheese, one teensy bite at a time until it’s gone, nibbling is asking for small items, one at a time, and getting agreement on each until you’ve gotten a lot. No matter what you’re selling or who your customers are, it’s happening to you. Because each request is small, it’s easy—practically painless—for you to give in. And when you do, they’re so appreciative and thankful.

Your customers or clients may be nibbling for discounts, better terms, exceptions to procedures, altered timelines, —the list goes on. Good nibblers know that if they ask for a large commitment, the chances of getting a no are much greater, so they’re very adept at breaking their requests down into bite-size chunks, or— that’s right—nibbles. Each one seems small enough, and it doesn’t seem as if you’re giving away much. But when you step back and look at the big picture, you realize that you’ve given away a lot— more than you ever would have if they had asked for it all at once.

In debt collection, nibbling can be particularly effective near the end of the negotiation, when a delinquent consumer is eager to reach a final agreement, and at the beginning, when it can set the tone not only for the negotiation but for the relationship as well.

This isn’t confined just to business situations, either. If you’re a parent—and by the way, kids are the master nibblers of the universe—you’re nibbled from the get-go. First, it’s for cookies and sweets, staying up later, skipping a meal and going straight to dessert, special toys, special cereal; later it’s borrowing the car, a newer and faster computer, having boys or girls over, trips to the mall, new jeans, sneakers, cell phones with video capability—this list, too, has no end.

Nibbling: An example from my family life

Our children can teach all of us a lot about negotiating. I know, because I personally raised the master nibbler of the known universe. I speak of my younger daughter, Cynthia. Read this story, and you’ll understand nibbling.

In recent years I’ve fallen in love with sailboats and sailing. We usually take our vacations in the Caribbean. Several years ago, about a month before the trip, Cynthia came to me and said, “Hey, Dad!” Now, whenever Cynthia says “Hey, Dad!” I know it’s going to cost me money. She had this lovely color brochure in her hand. She showed it to me and told me about her great idea. It went like this:

“Hey, Dad! Since we’re going to the Cayman Islands this year— and since they are one of the finest scuba diving locations in the world, and since there’s a place just a few miles from home that teaches scuba—I should take scuba lessons.” Then she explained how it would broaden her horizons, how educational it would be, and how much it would add to the trip.

I talked to my wife about it, and we thought, “Well, this would broaden her horizons, and it’ll be educational, and it’ll add to the trip. . . .” So we decided that Cynthia could take scuba lessons.

So, we bought a mask, fins, and snorkel. If you know anything about scuba diving, you know that by now we’re ponying up some serious shekels.

A week before the trip, Cynthia came to me and said, “Hey, Dad! I’ve found the cutest wet suit. . . .” And she described it to me, and we bought a wet suit.

Okay, this is the beauty of the nibble. What would have happened if, a month before the trip, Cynthia had come to me and said, “Hey, Dad! I want to take scuba lessons, and I want to buy a mask, some fins, and a snorkel, and I want a cute little wet suit!”? What would I have said? I can tell you. It would have been something on the order of “No way!” But Cynthia understands how the nibble works. If you want to watch master negotiators at work, watch the pros— watch kids.

The most common response to a nibble is the “cave-in.” We usually give in and agree to the request, either because we want to be team players and nice guys or because we’re trying to “improve the relationship.” But that just maybe your worst possible response.

I have an assignment for you. During the next few weeks, just notice what you’re nibbled for and who the nibblers are. I’ll make two predictions: you’re going to discover that you’re being nibbled far more than you thought and that most of the nibbling is being done by the same people. 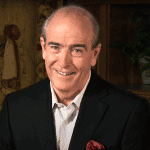 Bob Gibson is the founder of Negotiating Wisdom, based in San Francisco, CA.  You’ll find him not to be your usual crisp and starched MBA type – He has patina like a well-used leather briefcase. Bob's been shaped by life, and by experience.

Whether it’s training a sales force to increase margins, or preparing a team for an important negotiation, Bob is known for his down-to-earth, common-sense approach to negotiating. He says he learned more trading horses in Texas than he did at Harvard!

Bob's a musician, the president of two software Companies, and a consultant and educator who's helped shape deals in back-rooms and boardrooms for two decades in over 20 countries.

He is the author of “Negotiating High-Profit Sales" and "Negotiating When Relationships Matter" and has been featured nationally on CNBC television.

During his training and consulting assignments, Bob’s clients appreciate the clear perspective, the insight and business acumen he brings to the negotiating process.  These abilities have made Bob Gibson an invaluable resource to negotiators in the U.S. and around the world.