One Year into Regulation F: Reflecting on Its Impact So Far

We are about one year into the implementation and enaction of Regulation F upon the accounts receivable industry. From the scramble to prepare model validation notice letters by November 30, 2021 to the present, has it played out as you expected?

The Consumer Financial Protection  Bureau (“CFPB”) was established July 21, 2011 under the Dodd-Frank Wall Street Reform and Consumer Protection Act. The Dodd-Frank Act also transferred authority for rulemaking of the Fair Debt Collection Practices Act (“FDCPA”) from the Federal Trade Commission to the CFPB. On May 20, 2019, the CFPB issued its rulemaking proposals to amend Regulation F, 12 C.F.R. part 1006, which implements the FDCPA. The CFPB was open for comments to the proposed rule making until August 19, 2019. The long-awaited final rulemaking was issued FDCPA July 30, 2021, to go into effect November 30, 2021, which we refer to as “Regulation F”.

What about Regulation F surprised us?

A surprise has been an overall lack of litigation intertwining Regulation F with the FDCPA. The bulk of the lawsuits going this route primarily allege three different claims: 1) a model validation notice letter does not contain a date and is therefore confusing; 2) the date period to dispute is too short under Regulation F and overshadows the consumer’s rights; and 3) telephone calls from an agency violated the 7-in-7 rule (can only call seven times within seven consecutive days).

What didn’t surprise us?

A few things did not come as surprises. As the model validation notice letter contains options to dispute the identified debt, agencies are seeing a great increase in amount of disputes. It was easy to predict this, and an issue with it is the lack of a way to provide any substance or reasoning to the claimed dispute.  Another non-surprise is an overall increase in the usage of electronic communications by agencies. Since Regulation F provided guidance on electronic communications such as e-mail and texts, a lot of agencies have started adopting those means to reach consumers.

What are the twists in the story?

An interesting twist also came to the forefront this October delivered by the United States Court of Appeals for the Fifth Circuit. In Community Fin. Servs. Ass’n of Am. v. CFPB, No. 21-50826, ___ F.4th ___ (Slip Op. Oct. 19, 2022), the Fifth Circuit held that the manner in which the CFPB receives its funding is unconstitutional as it violates the Constitution’s separation of powers. It is likely this decision is reviewed by the Supreme Court of the United States, and if upheld, it is up to Congress to fix this problem. At the time of this writing, the control of both the House of Representatives and the Senate are unknown per the midterm elections, which also likely affects the future of the CFPB.

This also is not the first time the CFPB has faced constitutionality challenges. On June 29, 2020, the Supreme Court of the United States issued its opinion in Seila Law LLC v. CFPB, 591 U.S. ____ (2020) where it found the CFPB’s structure of having a single director who could only be removed from office “for cause” violated the separation of powers of the Constitution.

Touching on the effect of this decision (and not giving legal advice) the simple answer of what this could mean is “to be determined”. The Fifth Circuit case will have to run its course through the legal system for a final decision. If the Fifth Circuit’s decision holds, then it will have to move through Congress for remedy.  Historically, the CFPB has continued business as usual while facing legal challenges and will likely do the same here. Therefore, it is not the time to undo any policies and procedures implemented under Regulation F.  If currently under an enforcement action or civil investigative demand, you may be able to use the decision to some advantage.

In conclusion, Regulation F has led to some surprises, and met some expectations.  The foundation of Regulation F is still settling and time will tell how it will level out. 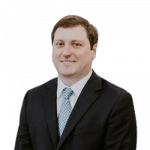 Xerxes is a founding partner of Martin Lyons Watts Morgan PLLC and works out of the Dallas office.

Xerxes has extensive experience in both jury and non-jury trials, briefing, motion practice, and hearings. He believes in thinking outside the box for his approach to develop creative solutions to the client’s issues and circumvent potential issues down the road.

He has handled all facets of cases from pre-litigation, trial and appeal obtaining numerous favorable decisions for his clients.