Student Loan Servicer Licensing Laws (What You Should Know)

State-Level Student Loan Servicers Licensing Requirements are on the Rise

This attempt to intercede in a field already dominated by the federal government (the largest lender, guarantor, and regulator of student loans) seems to be driven by several factors, including the Trump administration’s assumption of control over the Consumer Financial Protection Bureau and Department of Education; increased media focus on the impact of the nation’s more than $1.5 trillion in student-loan debt on borrowers and the economy; and a perception, fueled in part by unverified complaints and related reports issued during the Obama administration’s control over the Consumer Financial Protection Bureau and the Department of Education, that student loan servicing as a field warrants heightened regulatory scrutiny.

Whatever the cause, however, state licensing regimes have proliferated, first in Connecticut, California, Illinois, and then Washington, D.C., and more recently in Washington, Colorado, and Rhode Island.  Other states, such as New York, Maine, and New Jersey, have in quick succession enacted licensing regimes this year that have not yet become effective.  And in many others still, similar legislation is pending.

Digging Deeper into the Requirements

The core attribute of these licensing regimes is that all companies engaged in the business of servicing student loans (a category that typically excludes banking organizations and post-secondary educational institutions) must register with and seek licensure from a state regulatory body, often housed within the state’s existing department of banking or financial services.

Obtaining a license typically requires (1) payment of nonrefundable licensing and investigation fees; (2) submission of a financial statement, detailed information concerning the loan portfolio being serviced, and the servicer’s regulatory history, including its track record in other jurisdictions; and (3) a commitment to abide by certain substantive standards of conduct, which may or may not be consistent with federal standards or those of other states.

Licenses typically must be renewed annually or bi-annually, subject to payment of additional fees and satisfaction of ongoing reporting, disclosure obligations, and record keeping requirements.  Servicing student loans without a license in a regulated jurisdiction typically carries the potential for serious consequences, including financial penalties and civil enforcement proceedings.

Because the nation’s outstanding student loan balance (and associated media attention) is expected to continue to grow, there is every reason to believe that additional left-leaning states – and even some more moderate states – will seek to implement similar licensing requirements in the near future.  Further, the national trend has been toward increasingly detailed performance and reporting requirements for licensees.  California, for instance, enacted an initial licensing regime in 2016, only to amend the law in late 2018 (almost immediately after it first became effective) by including substantially more rigorous obligations for licensees.

Bills to further refine the regulatory scheme, including one that would create a private right of action against student loan servicers, are pending in the California legislature and seem likely to become law in the near future.  Other states, like New York, have enacted an underlying licensure law, replete with substantive and somewhat ambiguous requirements, with details to be finalized by the relevant regulator after an opportunity for notice and comment.  New York’s proposed rules are among the most onerous in the country, incorporating concepts that New York regulators have unsuccessfully sought to impose through administrative processes.

With private student loans making up only approximately 8% of the total student loan debt, it is abundantly clear that the states are seeking to control the servicing of federal student loans.  Perhaps not surprisingly then, the main impediment to these regulatory regimes (and their expansion) is that state-level regulation of the servicing of federal loans poses major challenges under a doctrine of law known as preemption, which provides that state law is preempted, or nullified, by federal law where (1) federal law expressly states that no state law shall apply; (2) the federal government has fully occupied the relevant regulatory field, or (3) the state law conflicts, expressly or implicitly, with federal law.

For example, several federal courts have recognized that Section 1098g of the Higher Education Act expressly prohibits states from imposing additional disclosure requirements pertaining to federal loans.  Another court recently held unconstitutional the portion of the District of Columbia’s licensing program that would have required federal contractors to obtain a license.  As a result, some state legislation proactively provides that student loan servicers administering only federal loans are exempt from licensing and reporting requirements.  Licensing regimes lacking that exception, or those which purport to apply substantive servicing requirements to federal contractors without formally requiring a license, are constitutionally suspect and sure to face additional challenges.

In sum, state-level licensing requirements, particularly for the servicing of private student loans, are likely to remain a fixture of loan servicing in at least some states for the foreseeable future.  Unfortunately, the proponents of these laws seem less interested in uniformity in statutory and regulatory requirements, and more interested in ratcheting up servicing standards in discrete areas wherever possible, potentially requiring servicers to adopt the most restrictive standards across the board, to all loans in their portfolios, out of economic necessity.  As a result, a working knowledge of the state-by-state procedural and substantive requirements will be mandatory for all student loan servicers with a portfolio of borrowers or cosigners who reside in affected jurisdictions.

Get Cornerstone Support’s Help with Licensing! 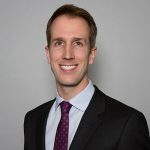 Thomas F. Burke focuses his practice on regulatory compliance, government enforcement defense, and commercial litigation. Tom regularly presents and publishes on developments in student loan servicing, including as a presenter at the NCHER 2019 Annual Conference and on Ballard Spahr LLP’s Consumer Finance Monitor blog.  Tom has represented student loan servicers in a variety of high-stakes investigations and enforcement actions brought by federal and state regulators, and also in private civil litigation.