What is to Become of the CFPB? How will the ARM Industry Respond? 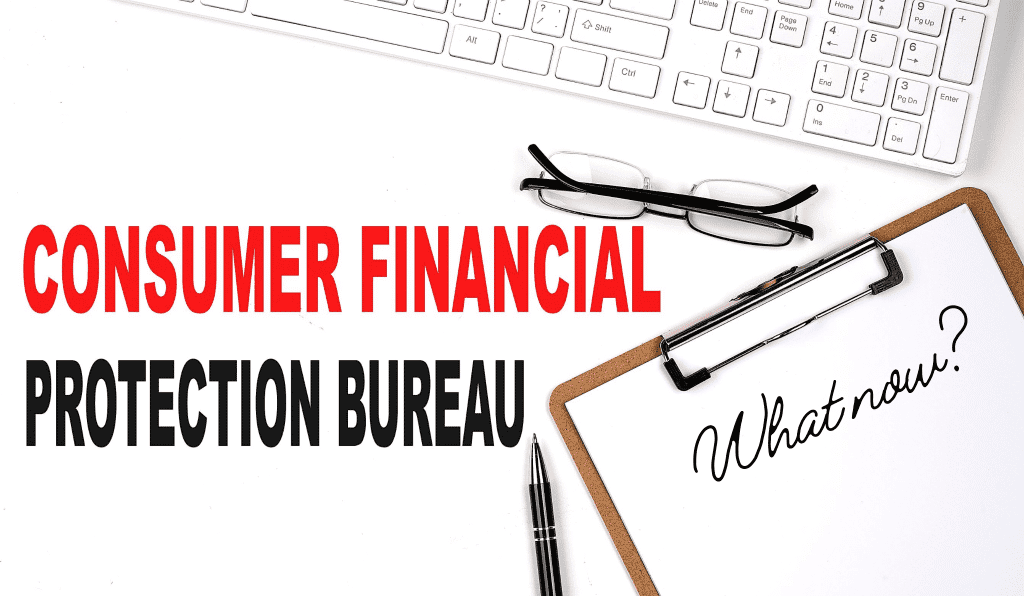 It took only three months for the dust to settle after the West Virginia v. Environmental Protection Agency [i] (“EPA”) decision by the United States Supreme Court for the Consumer Financial Protection Bureau (“CFPB” or “Bureau”) to see two (2) major challenges to its authority.

First, on September 28, 2022, the U.S. Chamber of Commerce (the “Chamber”), the American Bankers Association, the Consumer Bankers Association, the Independent Community Bankers Association and various Texas banking associations and chambers of commerce filed a lawsuit against the CFPB in the Federal District Court in the Eastern District of Texas. [ii]  The lawsuit stems from the CFPB’s decision, in March of 2022, to change its supervisory operations in order to “better protect families and communities from illegal discrimination, including in situations where fair lending laws may not apply.” In doing so the CFPB stated that “in the course of examining banks’ and other companies’ compliance with consumer protection rules, the CFPB will scrutinize discriminatory conduct that violates the federal prohibition against unfair practices.” [iii] To facilitate this priority, the CFPB updated its Unfair, Deceptive and Abusive Acts and Practices (“UDAAP”) Manual. [iv]  The Chamber’s complaint raises several issues challenging not only the statutory authority of the CFPB to address discrimination through UDAAP, but it is also an attempt to put some additional traction on new constitutional theories regarding the Bureau’s funding mechanism. Less than one month later, the Fifth (5th) Circuit Court of Appeal in the case  of the Consumer Financial Services Association of America Ltd, Consumer Service Alliance of Texas v. Consumer Financial Protection Bureau; Rohit Chopra, Case No. 21-50826 ___F.4th _____, (5th Cir., October 19, 2022) ruled that the CFPB’s funding mechanism was in fact unconstitutional and invalidated the entire Payday Rule.

These two events have not only put the CFPB in turmoil but have created and environment of chaos and uncertainty that will disrupt the entire financial services industry. This article looks at the issues raised in both decisions and how industry will grapple with the outcomes.

The Claims Asserted in the Chamber’s Complaint

In the lawsuit brought by the Chamber, four (4) arguments are made:

CFPB violated its authority as outlined in the Dodd-Frank Act.

Congress gave the Bureau authority to prohibit entities from engaging in UDAAP as well as violating various enumerated consumer protection laws.  It did not give the Bureau authority to address discrimination. Allegations of discrimination are handled by other agencies through statutes such as the Equal Credit Opportunity Act, the Fair Housing Act, and the Home Mortgage Disclosure Act.

By amending the UDAAP manual to make substantive changes to the definition of unfairness, the CFPB has in effectively engaged in legislative rulemaking without notice and comment.

The update to the examination manual was arbitrary and capricious.

The CFPB’s interpretation of “unfairness”, specifically equating it with discrimination not only contradicts the historical interpretation used by other agencies including the Federal Trade Commission, but it does not equate with disparate impact. Congress never intended disparate impact to be included as a factor in determining unfairness. Further the Supreme Court has stated that disparate-impact can only be applied in narrow circumstances.

The CFPB’s budgetary independence defies the separation of powers. [v]

It is no surprise that the Chamber’s press release announcing the suit noted that the failure of Congress to grant the CFPB authority with respect to determinations of discrimination and disparate impact “raises a ‘major questions issue’”. [vi] Clearly the Chamber intends to exploit the Supreme Court’s interest in invoking the major questions doctrine on this very issue.

What is the real concern behind the Chamber’s Suit?

Many consumer advocates, pro-consumer groups and the National Consumer Law Center (NCLC) have called the Chamber’s suit outrageous and contradictory to the financial services industry’s very public statements denouncing racism and commitment to eradicating discriminatory practices.[vii]  However, the problems presented by the Chamber’s law suit have less to do with discrimination and more to do with the process, definition and the standards by which an entity’s compliance structure must be measured in order to conclude that discrimination exists. While the CFPB states in the revised manual that it intends to “identify acts or practices that materially increase the risk of consumers being treated in an unfair, deceptive, or abusive manner, including discriminatory acts or practices,”[viii] it has provided no guidance on how regulated entities will determine what constitutes unfair discrimination or “actionable disparate impacts”. What are the protected classes? Unlike ECOA which prohibits discrimination on the basis of race, color, religion, sex, marital status, age etc., UDAAP defines no such characteristics.

On the heels of the Chambers lawsuit, the 5th Circuit ruling threw a molotov cocktail into the mix. Ironically, the Circuit Court found that the CFPB did have the authority under Dodd-Frank to write a payday rule but ultimately that it lacked the proper appropriations scheme and therefore it was precluded from exercising that authority. Effectively the Court said that while the CFPB has the authority to build the house, the CFPB could not otherwise live in the house. The important language is below:

“Into which category does the Bureau’s promulgation of the Payday Lending Rule fall, given the agency’s unconstitutional self-funding scheme? The answer turns on the distinction between the Bureau’s power to take the challenged action and the funding that would enable the exercise of that power. Put differently, Congress plainly (and properly) authorized the Bureau to promulgate the Payday Lending Rule, see 12 U.S.C. §§ 5511(a), 5512(b), as discussed supra in II.A–C. But the agency lacked the wherewithal to exercise that power via constitutionally appropriated funds. Framed that way, the Bureau’s unconstitutional funding mechanism “[did] not strip the [Director] of the power to undertake the other responsibilities of his office,” Collins,[ix] 141 S. Ct. at 1788 & n.23, but it deprived the Bureau of the lawful money necessary to fulfill those responsibilities….

Based upon this analysis and this holding it would appear that all prior actions of the Bureau could be invalidated, as the funding mechanism has been in place since Dodd Frank was enacted in 2010. In other words, this decision may not be limited to just the Payday Rule.

Can the Problem be Fixed?

The question of what’s next is on the mind of industry. Certainly, the case could make its way through the 5th Circuit with the CFPB seeking an en banc review. The current decision was only decided by a three-judge panel. Depending on the outcome of whether the 5th Circuit agrees to that rehearing, it is clear that either the CFPB or CFSA will seek Supreme Court review. All this will take time if not years.

In all likelihood, Congress could step in and provide important amendments to Dodd-Frank that could fix the funding issue, but that will only address the Bureau’s authority going forward. If in fact the funding issue tarnishes all the past work of the CFPB, including but not limited to prior enforcement actions, rule-making and any other work they have done to date, what fix can Congress really provide? While the severability clause of Dodd-Frank permits that “if any provision of this Act, an amendment made by this Act, or the application of such provision or amendment to any person or circumstance is held to be unconstitutional, the remainder of this Act, the amendments made by this Act, and the application of the provisions of such to any person or circumstance shall not be affected thereby.[x]  Unlike the Seila case[xi], where the “for-cause” provision was severed but the CFPB was able to move forward, the 5th Circuit found that even if Congress could cure the funding scheme, “curing any informality would be unveiling”.[xii]  This seems to suggest that the severability clause may not save the CFPB’s prior conduct.

As noted after Seila, the CFPB ratified its prior actions. Many courts found this ratification to be proper. However, the 5th Circuit adopting the Collins analysis found that harm was inflicted upon the Plaintiffs here. (See quote above). This may have been an attempt to prevent or hamper the CFPB from asserting ratification going forward.  It is yet another reason why Congress’ ability to fix this problem is limited.

The ARM Industry for the most part needs to stay the course with respect to compliance infrastructure. Too much has been invested with positive results. How a financial services entity decides to engage the CFPB or adopt its compliance guidance going forward needs to be determined on a case-by-case basis. There still needs to be compliance with the law and a responsibility to assess and mitigate risk. Policies and procedures need to be adopted and followed, compliance management systems need to be well-executed and consumer complaints need to be answered. Do not forget that many state regulators and attorneys general have the ability to enforce federal law as well. The process is fluid, so it is recommended that you continue to monitor the CFPB’s actions to assess whether it impacts your business operations.